Photo courtesy of iamagoo at morguefile.com

2. Hanoi celebrated its 1000th anniversary as the capital of Vietnam on 10/10/2010. Not many tourists showed up to celebrate. Awkward…

3. The Long Bien bridge of this city, formerly one of the longest bridges in Asia, was designed by a French architect named Alexandre-Gustave Eiffel. You may remember him from such other famous monuments as the Eiffel Tower and the Statue of Liberty.

4. The houses in Hanoi are super narrow because property tax is based on the width of the building.

Photo courtesy of chilombiano at morguefile.com

5. Ho Chi Minh’s body is preserved and exhibited at the Ho Chi Minh Mausoleum in Hanoi.

6. Hanoi is one of the top honeymoon destinations for newlyweds in Vietnam.

7. The oasis of Hanoi is the greener-than-green Hoan Kiem Lake. This lake has its own creature of legend. A giant, golden tortoise is thought to live in the lake, who once gave a divine sword to a Viet king to help defeat the Chinese after 1000 years of occupation. 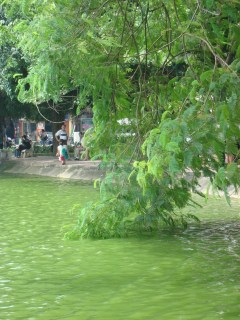 Tell me this isn’t the greenest lake you ever saw.

8. Hanoi has a thriving arts scene, including jazz clubs and water puppetry. Yes, you read that correctly. The art of water puppetry dates back to the 11th century, when these puppets were used to tell stories on the rice paddies. Musical numbers included. 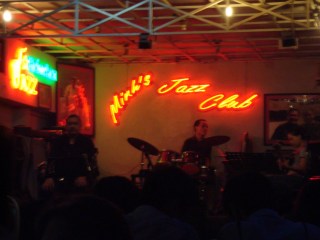 An army of water puppets
(photo courtesy of tomboy at morguefile.com)