When you say “pyramid”, most people assume you are talking about the big three, the Great Pyramids in Egypt. They imagine windswept Saharan desert, camels, the Nile and the Sphinx. They do not imagine jaguars, jungle, grasslands, and cenotes.

The famous Mayan pyramid at Chichen Itza has the dubious honour of being on the list of the 7 new wonders of the world, which is decided by the New Open World Corporation and is NOT affiliated with UNESCO. For an eye-opening read about the sketchy-ness of this organization and its popular 7 Wonders lists, check out this article at Go, See, Write.

Still, Chichen Itza is pretty cool. These ruins are a well-known site of the ancient civilization of the Maya people, whose descendants still live in the area. Be forewarned that if you go, you will have to brave the thousands of other tourists and rows and rows of souvenir vendors.

The temples and the main pyramid are impressive. The science and engineering behind their construction is mind-boggling. Although the Maya civilization could build a perfectly circular tower, they never invented the wheel. They had amazing astronomical precision, building this pyramid on the identical latitude as the Great Pyramids of Egypt. The acoustic features are just as remarkable. This side of the main pyramid echoes and amplifies sound for public gatherings. 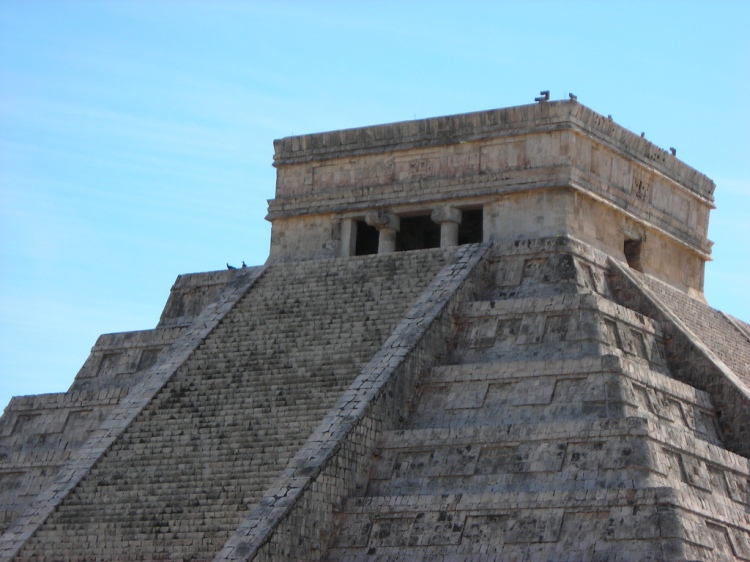 While you may admire the genius and precise engineering of the architecture, the history and purpose of many of the buildings is alarming: as sites of human sacrifice. 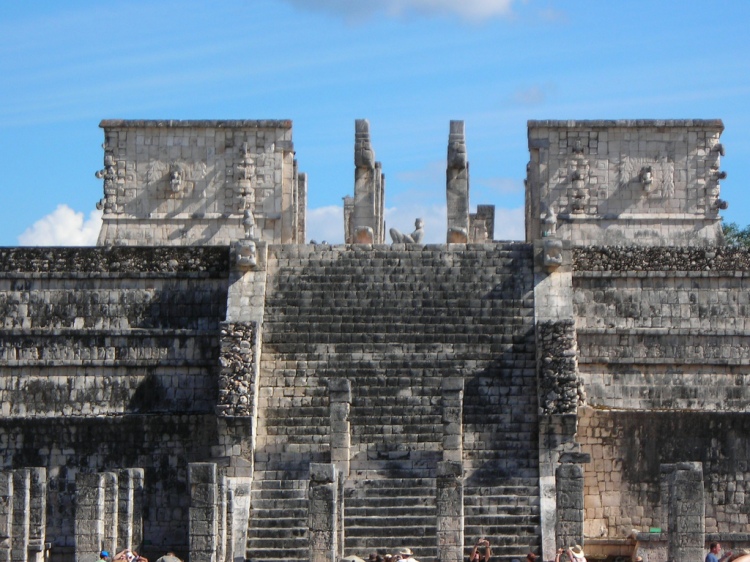 Unwilling sacrifice victims were brought to this temple. The statue at the top of the stairs symbolizes “Repent”. His lap was the last place that victims would ever lay down their heads.

Willing sacrifice victims drowned themselves in the local cenotes, which are deep underground wells of fresh water that sustain all the plant life in the Yucatán region. I descended into one of these caverns, despite my intense dislike of being underground. It was one of those places that was too quiet. The bats slept above my head and catfish patrolled the waters below. Even knowing that these cenotes were an essential source of life in the area, I felt like I was in a damp, dark graveyard.

The grim theme continues at the arena ruins across the yard. This was where the Maya played a sport similar to basketball. Except the ring is sideways. Oh, and the winners are executed.

Yes, you read that correctly.

The Maya honoured and memorialized their greatest athletes and warriors through execution. After decapitating the winners, they chiseled the likenesses of their skulls into the walls of the arena. 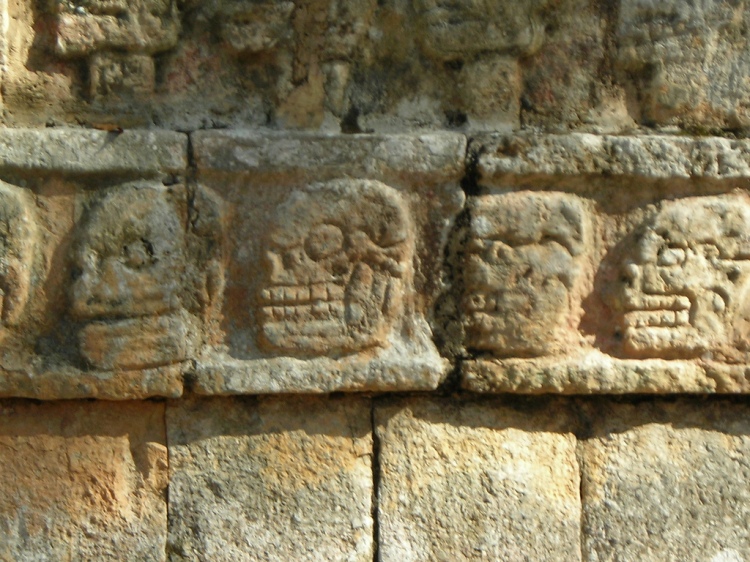 It was thought that these champions earned a sweet afterlife, so back in the day there was fierce competition to win these tournaments. Only the best warriors from the prominent families could enter. The peasant and slaves classes were kept busy doing all the labour for building and farming.

Much like the Great Pyramids, today we can only guess how these societies determined precise astronomical and geographical alignment of their buildings. It is easy to laugh at ancient civilizations and dismiss them as primitive, knowing they believed that the earth was flat or the sun might not rise again the next day. They may have been wrong about those facts, but the very existence of pyramids (and not just the ones in Egypt and Mexico) is a testament to great accomplishments. These societies merit some respect for a remarkable body of knowledge that allowed them to build such structures.

These civilizations have succeeded in leaving a lasting mark upon the world to tell the story of their existence. I wonder how (or if) ours will do the same.

3 thoughts on “The Other Pyramids: Chichen Itza”